This week, I’m breaking down what happened when Reddit took on Wall Street, looking at Biden’s moves on climate change, analysing McGregor’s loss, discussing the UK arms trade, recommending a podcast, and, as always, ending on a quote and a question.

A fascinating scene unfolded in the stock market this week. A group on Reddit came together to take on two huge Wall Street hedge funds and cost them billions of dollars.

On a forum called r/WallStreetBets, it was revealed that Wall Street traders were ‘shorting’ Gamestop, a well-loved US video game store.

When you short a stock, you bet on it decreasing in value instead of increasing. So the investors were hoping Gamestop would fail, plummet in value, and in the process make them a tonne of cash.

The Redditors joined forces and bought Gamestop stock. When lots of people buy a stock, it indicates demand, so the value of that stock increases. Gamestop stock has increased by over 1,700% and the company is now valued at over $24 billion. A value spike like this is called a bull run.

The Wall Street short-sellers have reportedly lost $5 billion, and the higher Gamestop stock rises, the more they’re set to lose. Melvin Capital, one of the shorters, have cut their losses and closed their position, essentially admitting defeat to the Reddit army.

David has taken on Goliath, and won.

It does feel like a poetic justice is being carried out. Wall Street has been manipulating stocks for decades, making billions of dollars in the process. One of the main causes of the economic crash in 2008 was market manipulation by Wall Street, so to see them hurt playing the same is quite satisfying.

However, for “hate speech, glorifying violence, and spreading misinformation”, the subreddit was shut down. Although there’s apparent truth to the accusations (internet forums are notoriously hostile places), it’s hard not to be suspicious of the timing of the shut-down.

A trading app called Robin Hood has also prevented traders from buying Gamestop stock for no apparent reason. But, after a little digging, the internet found that Robin Hood has close ties to Citadel, one of the hedge funds losing billions of dollars. How surprising.

We’ll just have to wait and see how this one plays out. Wall Street was shorting Gamestop for a reason. The bubble is likely to burst eventually, but in the meantime, let’s enjoy watching the little guy stick it to the hedge funds.

President Biden gave a speech this week on the “existential threat” that is climate change. He also signed an executive order to cut coal and gas emissions, and double energy production from offshore wind.

“In my view, we’ve already waited too long to deal with this climate crisis and we can’t wait any longer.”

Trump wasn’t concerned about the Climate crisis, at one point claiming it was a hoax invented by the Chinese. Thankfully, Joe Biden seems to be taking the issue seriously.

“We can put millions of Americans to work modernizing our water systems, transportation, our energy infrastructure to withstand the impacts of extreme climate.”

As expensive as it will be to modernise our economies to deal with the climate threat, it’s also a huge economic opportunity. Millions of jobs will be created in clean energy sectors, which will be desperately needed after COVID. Who wouldn’t want a planet running on clean, unlimited energy sources?

“I don’t think the federal government should give handouts to big oil to the tune of $40 billion in fossil fuel subsidies. And I’m going to be going to the Congress asking them to eliminate those subsidies. We’re going to take money and invest it in clean energy jobs in America, millions of jobs in wind, solar and carbon capture.”

And thankfully, Biden is aiming to stop subsidising large oil companies. These are some of the most profitable companies in the world. They don’t need public money to keep damaging the environment.

This is a good start from Biden, but actions speak louder than words. I hope Biden achieves the goals he’s setting out; the fate of humanity depends on it.

“Poirier has plenty of ways he can beat McGregor. One thing we’ve never seen anyone do to Connor is kick his legs. He fights in a long karate style, which is famously susceptible to leg kicks. The fact that it is southpaw vs. southpaw also means the leg kick will be easier to land. As Hardy says in the War Room, if Poirier can take the right leg of Connor away, he will find it much more difficult to land the left hand with power.” – The Patterson Post #11 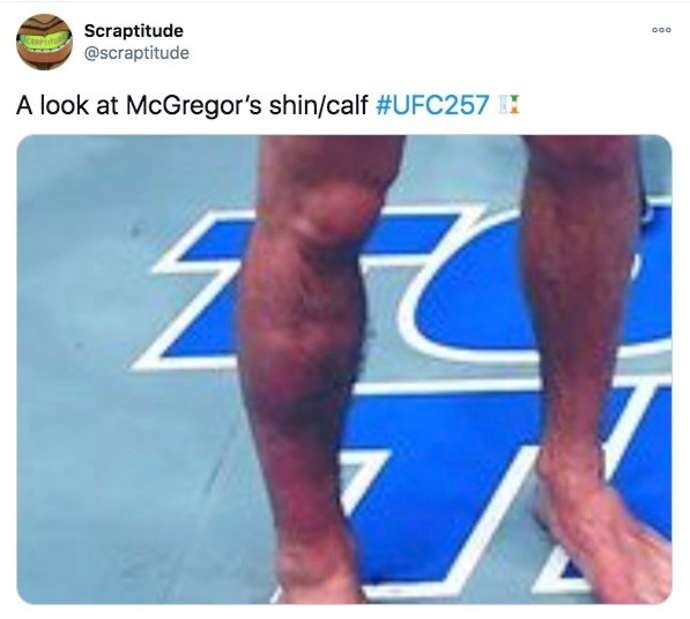 Connor McGregor lost to Dustin Poirier. He was knocked out in the second round, making it the first KO loss of his career. As a fan, I was gutted to see him unconscious, but all credit to Poirier on a brilliant performance.

The key to Poirier’s win was the low leg-kicks he landed at will. As I said in The Patterson Post #11, Connor’s style of fighting – his long karate/boxing stance – is susceptible to leg kicks. Once Connor’s leg was compromised, his footwork suffered, and he was unable to avoid a right-hook from Poirier which finished the fight.

It’s always difficult to see a hero take a defeat. McGregor looked and sounded like he was on his A-game, so to see him knocked out early was a shock.

Time will tell who Connor McGregor will fight next. As difficult as it was to see him lose, it’s just a fight. After the loss, he kissed his wife and children, and headed back to his superyacht to recover. He’ll be just fine.

The UK Arms Trade Once Again in the Spotlight

The global arms trade is a corrupt, dark and powerful part of society. This week, the UK’s role in the production and sale of arms has been in the spotlight.

A report by Action on Armed Violence showed that the UK exports arms to 80% of countries subject to embargos, trade sanctions or other restrictions.

Action on Armed Violence said this is  “a systemic failure to consider the human rights record of states before exporting weapons to them”.

The UK talks a good game when it comes to human rights, but actions speak louder than words.

The biggest buyer of weapons from the UK is Saudi Arabia. The Saudi’s are one of the worst human rights abusers in the world. Their current campaign in Yemen, which has led to the  worst humanitarian crisis in the world, is being carried out with UK-made arms.

Joe Biden announced he was stopping all US arms exports to Saudi Arabia due to their actions in Yemen, which has left the UK “diplomatically exposed”. Will we also stop supplying the regime with bombs, planes and operational support, or, will we continue to put profit before human suffering?

These articles piqued my curiosity. I did some research, and have been disgusted by what I found. I’ve got a blog post in the works to share my findings.

Rose Heffernan has struck again. Her new article, “Who is Alexei Navalny, the man Vladimir Putin wants dead?” is an insightful and well-written piece on who Navalny is, why the Kremlin tried to assassinate him, and how he’s undermining Putin’s power.

Check it out, you’ll probably learn something.

Every so often, something comes along that makes you see the world in a better way. That happened this week when I pressed play on Tim Ferriss’s podcast with Dr Martine Rothblatt.

Dr Rothblatt is the CEO of a company called United Therapeutics, a biotech company she started to save the life of one of her daughters. She also designed the world’s first electric helicopter, and piloted it to a Guinness world record for altitude, speed and flight duration.

“In the legal arena, Dr. Rothblatt led efforts of the transgender community to establish their own health law standards and of the International Bar Association to protect autonomy rights in genetic information via an international treaty. She also published dozens of scholarly articles and papers on the law of outer space, resulting in her election to the International Institute of Space Law, and represented the radio astronomy community’s scientific research interests before the Federal Communications Commission.” Tim Ferriss’s show notes.

Tim and Martine’s conversation is mind-blowing. From an insane story of grit to save her daughter’s life; to building satellites; to her views on AI; and an insightful conversation about what it means to be transgender/trans binary, Dr Rothblatt is a beautiful reminder of what we’re all capable of as human beings. On more than one occasion, I had tears in my eyes.

If you have time to listen to a podcast this week, make it Tim Ferriss’s podcast with Dr Martine Rothblatt.

“If you think you are too small to be effective, you’ve never been in the dark with a mosquito”

What can you change for the better this week?

I fucking love you guys. Thank you all for your time and attention.

See you next week.

Processing…
Success! You're on the list.
Whoops! There was an error and we couldn't process your subscription. Please reload the page and try again.

If you enjoyed this, pass it on.