In this part, I’m going to break down UFC 259’s main card, why it’s exciting, and give you some cool content to cast your eyes over before the fights commence.  Read time – 3 minutes

The standard of Mixed Martial Arts is at an all-time high. Never have we seen such well-rounded athletes with such high-level technique. Tonight, some of the greatest to ever do it will enter the cage to pit their skills against one another. With three belts on the line, here’s what we have to look forward to:

In the main event of the evening, the light heavyweight belt is up for grabs. This will be the first time Jan has defended his belt, after defeating Dominick Reyes with a dominant performance in September last year. Jan is a huge, powerful Viking, with dangerous “Polish power” as he describes it. He can definitely knock Adesanya out if he lands, but his clearest path to victory is by grappling. Jan is a black belt in Jiu-Jitsu, and is a nightmare in the clinch. If Jan manages to get on top of Israel, there’s a high chance he can finish him. Adesanya is moving up from Middleweight, so Jan will have the size and strength advantage.

Standing across from Błachowicz is The Last Stylebender. One of the most exciting athletes the UFC has ever seen, Israel is undefeated with a perfect 19-0 record. He’s the best striker Mixed Martial Arts has ever seen, with a pro kickboxing record of 75-5. Having almost cleared out the middleweight division, Israel is facing the biggest challenge of his career. He will be looking to keep his distance from Jan, picking him apart from range. He will have to land a perfect strike to knock Jan out cold, but Izzy is nothing if not precise. If he’s able to stay out of the clinch and off the ground, Adesanya should be able to beat Jan on points. An interesting addition to Adesanya’s camp for this fight is a breathwork coach. I’ve never seen an MMA fighter use a breathwork coach, so it will be fascinating to see how it might affect his game.

I suspect Israel will be looking to win a decision over 5-rounds, and Jan will be looking for the finish either by KO or submission. This is one of the most exciting fights of the year, and I can’t wait to see how both men perform.

In the Co-Main event, the greatest female Mixed Martial Artist of all time is back in action against the latest challenger, Megan Anderson.

Amanda Nunes has beaten everyone the UFC has put in front of her. You sometimes feel like you’re watching a lamb being fed to a lion as she stares down her opponents. She’s one of only four, two-weight world champions, and is the only person to ever defend and hold both belts simultaneously. It’s very rare to see such a dominant fighter, especially over two weight classes. She’s dangerous everywhere, with long arms delivering devastatingly powerful punches. She knocked out Holly Holm (one of the greatest female kickboxers ever) with a head-kick, and has a black belt in Brazillian Jiu-Jitsu. Anyone willing to step into an octagon with Amanda Nunes is a certified badass.

This time, the badass is an Australian lady called Megan Anderson. She’s a big, long, powerful striker, who towers above Amanda Nunes. She’s a giant underdog in this fight, but the beauty of MMA is how unpredictable it can be. Megan is 6” tall (183cm), and will have a 3 inch reach advantage over Nunes. She’s knocked out opponents before, so there’s a chance she could catch Amanda with a big right hand.

However, the overwhelming consensus is that Amanda Nunes will make short work of Anderson, and easily win this fight. I can’t wait to see the GOAT back in action, but don’t count-out the Aussie.

In the third title fight of the night, two bantamweight’s go to war.

Petr Yan is an elite striker from Siberia, Russia. At just 28 years old, he’ll be looking to make a statement against an extremely dangerous grappler in Aljamain Sterling. There’s a saying in MMA: “style’s make fights”, and this is a perfect example of that. Petr Yan was a professional boxer, and trains mostly in Tiger Muay Thai – the most respected Muay Thai gym in the world.

Whereas Aljamain is an NCAA all-American wrestler and trains Brazillian Jiu-Jitsu under Matt Serra – a highly revered Jiu-Jitsu black belt.

This means Petr will be looking to stay standing and keep Sterling at distance, whereas Sterling will be looking to close distance and grab hold of Petr Yan. If either man is able to implement their game plan effectively, they will likely win the fight.

These two do not like each other. It should be a goody.

Khabib Numagomedov’s cousin, Islam Mackachev, takes on Drew Dober, an experienced Mixed Martial Artist. Islam is an elite Dagestani wrestler, and has a record of 18-1 – very impressive in MMA. He will be looking to take Dober to the ground and hold him there for 15 minutes. Daniel Cormier was quoted recently saying in pure wrestling, Islam would beat Khabib. If that’s true, Makhachev could easily become the future lightweight world champion.

Dober has had over 30 pro-MMA fights, so he could be described as a veteran. He’s well-rounded, and will mainly be focused on stopping Makhachev from taking him to the ground. I think it’s fair to say he’s expected to lose this fight, but you never know… 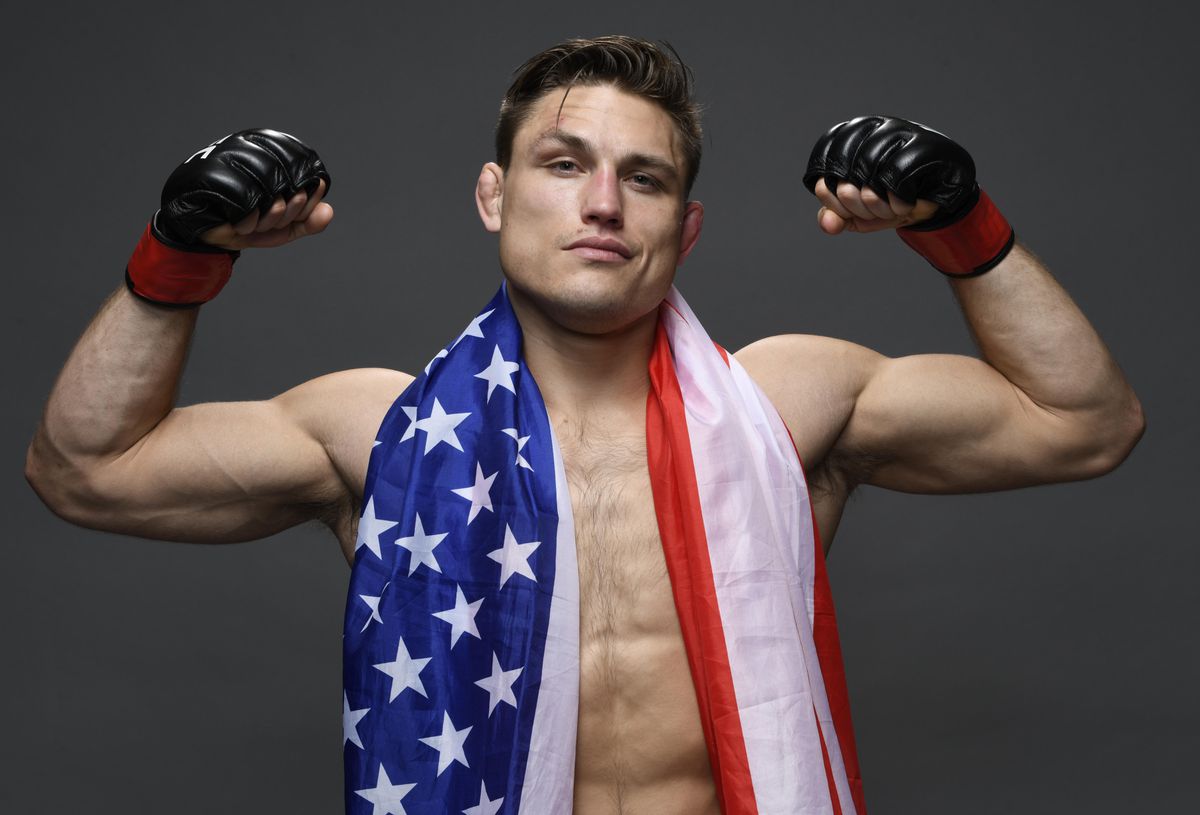 Thiago Santos gained the respect of the whole MMA community when he went 5 rounds with Jon Jones (arguably the greatest ever) on a severely damaged knee. He suffered an ACL, MCL, PCL, and meniscus tears – which essentially means he tore every ligament possible. Not only did he continue to fight, he threw kicks with the leg until the last round. The man is a savage. He’s a highly skilled Muay Thai fighter, and has some devastating knock out’s on his highlight reel. He may well earn a title-shot with a win over Rakic.

Alexandar Rakic is a 6”5’ (193cm) Serbian with multiple KO’s on his record. He’s long and powerful, with a slight reach advantage – he could definitely cause Santos problems. He’ll be looking to put himself into title-shot contention, so look for him to be going for the finish.

These are two hungry, dangerous, heavy-hitters. This probably won’t go to a decision.

And that’s just the main card…

All 5 of these fights could be a main event. But we’re being treated to them all in one evening. I’ll be staying up for the scraps, so if you are too, drop me a message and we can discuss the action as it’s happening live.

UFC Countdown – The UFC create some brilliant hype-vids for their shows. Their countdown videos give a profile of the fighters and their upcoming fights. In this video, we get to see Israel Adesanya training with his breathwork coach in New Zealand, as well as Jan Błachowicz taking a dip in a frozen river. So worth a watch to give context on why this is such an exciting fight.

UFC Embedded – This whole series is great. The UFC follows each of their fighters during fight week. We see Nunes as a new Mum and Jan tells an insane story about a lucky hangman rope he has. It’s great to see the human side of these fighters and the backgrounds they come from.

Scott McCoull’s “How Jan Błachowicz Beats Israel Adesanya” – My buddy Scott has put together a sick video of how Jan beats Izzy. Scott’s a black belt in Tae-Kwon-Doe, and has a deep knowledge of MMA. This is, in my opinion, his best video yet.

I’ve said this before, I’d fight my Grandma if I had to, and she’s dead.” – Israel Adesanya

Processing…
Success! You're on the list.
Whoops! There was an error and we couldn't process your subscription. Please reload the page and try again.

If you enjoyed this, pass it on.